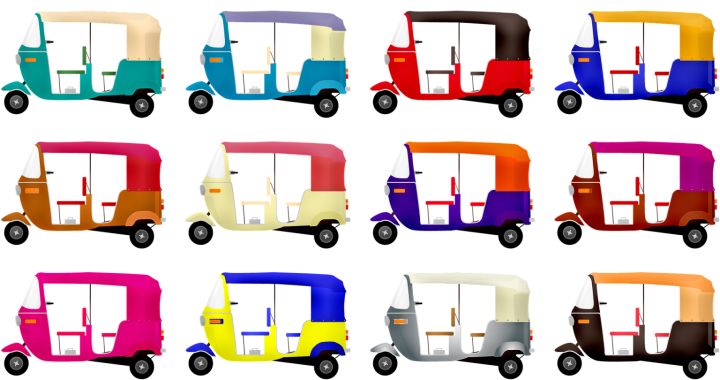 The Indian digital advertising industry is riding high on the smartphone wave and the ready availability of 3G and 4G connections and proliferating internet penetration.

According to the Dentsu Aegis’ DAN digital report, this industry is expected to cross the $10 billion mark this year. The report shows that digital advertising is expected to grow at a CAGR of 10.62% and reach a market size of $12.06 billion (?85,250 crores)by 2021.

While print and television will continue to corner the larger share of advertising spends, the shift in ad spending from traditional to digital media channels is becoming increasingly pronounced. It is estimated that by 2021, digital will contribute 29% to the ad market.

But with this growth come some challenges.

There is an ever-present factor that can hardly be ignored -that of navigating language complexity. While English has been the language with a high aspirational quotient, millions across the country are now moving towards their vernacular tongues as the language of their choice on their smartphones.

According to a report by KPMG and Google called, “Indian Languages — Defining India’s Internet”, in 2016 there were 234 million Indian-language internet users and 175 million English users. By 2021, this gap is expected to widen even further. The report suggests that the number of Indian language users will increase to 536 million while English language users will increase to 199 million. This study further reveals that “99% of the Indian language smartphone users access the internet using their smartphones against the national average of 78%.”

English might be the language of the internet, but it is becoming clear that it is unlikely to remain so over the next few years.It is also fair to assume that digital advertising has the potential to become the medium with the largest reach in the Indian advertising context.

The rise of Bharat

This story does not stop with more regional language speakers coming online. Digital growth today is no longer restricted to the urban areas of the country. In fact, a KPMG study titled, Media Ecosystems: The Walls Fall Down, shows that a large part of the digital growth that India is experiencing comes from rural and regional markets as the gap between affordability and accessibility is reducing.

The discovery of data

India is also the country with the cheapest data plans. Reports show that data rates have gone down from Rs 250 per GB to less than Rs 15 per GB from 2016 to 2019. Data consumption has increased from 20 crore GB a month to 307 million in 2018-19. Owing to these shifts, video streaming will account for 75% of mobile internet usage in India by 2021.

That brings us to another interesting point –that of the YouTube explosion. YouTube has been at the center of video consumption in India but the growth has been phenomenal of late. The digital media channel had 60 million unique users a month in 2016. Today it has 265 million active users a month!

Satya Raghavan, YouTube’s director of content partnerships in India says, “The first 100 million users on YouTube were primarily from the metros, coming on the platform predominantly for entertainment…The next 100 million were not just from metros, but also cities, towns, and villages, and they are using YouTube for information and education, apart from entertainment.”

And that’s just the tip of the Indian channel complexity iceberg for advertisers to navigate. YouTube, Facebook, Instagram, TikTok, the growing list of viable and popular digital channels is making it hard for digital advertisers to decide where to put their money to get the best bang for their buck.

And all this is complicating the portfolio of choices for digital advertisers.

Obviously, it only makes sense for advertisers to bridge the channel and language complexity gap by trying to reach their users in the language of their choice. Approaching customers in their regional language helps in building emotional connections and also helps in identifying their needs better. Given that we have moved deep into the age of the customer, consumers’ demands must be fulfilled. It’s appropriate to up the advertising game and look at vernacular content to capture this audience.

We have to factor in that the purchasing power of the vernacular audience is no less than their English-speaking counterparts. Leveraging regional content to connect with this audience is likely to help in all sectors and industries be it FMCG, services, entertainment, mobile, apparel, healthcare, consumer durables….the list is endless.

The answer to mitigating these challenges that have emerged owing to the rise of digital media channels and regional languages on the internet lies in ad technology. Advancements in ad technology, the use of Artificial Intelligence and Machine Learning are helping marketers get the best return on investment.

To maximize the efficiency of your digital advertising strategies you need to ensure that you reach the right audience, at the right time, in their preferred language on their preferred channel. Along with this, what else must you do?

The digital advertising sector in India will continue to enjoy its good run and so will advertisers– provided we heed the writing on the wall which reads, “Don’t ignore your vernacular consumers”.